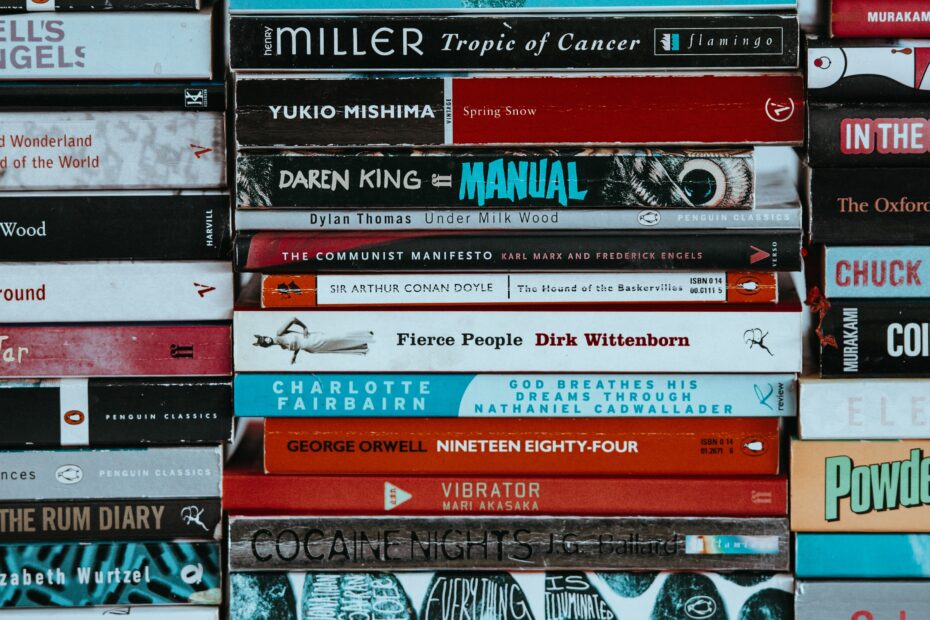 There is much pressure on those of us who work with adolescents to find books that are both relatable and offer food for thought. Recently, diversity and inclusivity have been on the minds of teachers, librarians and their readers. How do students connect to these texts? What do they get out of it? The three writers featured in this edition have selected books that they feel should be shared. They were asked to write reflections on what they got out of their reading experience and what these titles have to offer other readers.

Little Fires Everywhere, written by Celeste Ng, is a novel that was on my school’s summer reading list this year. After reading about fifty pages, I already knew that it would be one of my favourite books. The writing style, written in third person omniscient, switches from character to character and has a warm and familiar feel to it, something that I found made it easy to read and gather ideas about.

Little Fires Everywhere takes place in Shaker Heights, Ohio, an idealistic and somewhat utopic town in the suburbs of Cleveland. In this town, all forces that divide people – class, race, social status — seem to be out of sight. However, during the course of the novel, readers witness how this almost perfect community, and its residents, have deep flaws hiding underneath the surface. The imperfections of Shaker Heights are seen mainly through the lens of two households, with the protagonists of the story being the matriarchs.

The Richardsons are an upper class family and live overly structured and planned-out lives. Elena Richardson, the obsessive, perfectionist mother, is followed throughout much of the story.

The other household is occupied by Mia and Pearl Warren, a mother-daughter duo who have spent their lives moving from town to town nomadically. Mia, the mother, finally decides to settle down in Shaker Heights, and acquires a lease in a building owned by the Richardsons, which sets the story in motion. As the Warrens settle into town, the two households’ lives become intertwined.

This riveting story includes several interesting themes, such as: class divisions, relationships, and most significantly, motherhood. Little Fires Everywhere evokes the thought: “What makes someone a good mother, let alone a good person?” The book made me reflect on the person I want to become and the life I want to live. As teenagers go through the process of high school, it’s important to understand and read about how the choices that one makes can affect the course of our lives. I personally found the story to be extremely heartwarming, and the characters were both realistic and relatable. I loved the writing style, and found it to have a natural flow. I would recommend it for older and more mature Sec IV and V students, because there are some themes in the book that require a more experienced reader, in order for them to be understood.

Overall, due to its relatable characters and a plot that was easy to sympathize with, I loved Little Fires Everywhere. It was very enjoyable to read and analyze, and I’m sure other teens would love it too!

The Bell Jar by Sylvia Plath is an amazing piece of fiction and that’s partly due to how much of it is blended into reality. The social issues presented in the novel are just as relevant today as they were in the mid 20th century. The place of women in society, mental health issues, sexual assult, and suicide are all major issues today, just as they were back then. In my opinion, The Bell Jar should be taught in more high schools as a mandatory book to better introduce and  educate students on how real these issues are.

The Bell Jar is unlike other books that discuss such topics. When issues that are too troubling are brought up in works of fiction, it’s always possible for the readers to put it out of their mind and think that, “Oh it’s just a story, it’s not real”. With this book, however, it’s almost impossible to not have Sylvia Plath’s real story in mind while reading, since it is semi-autobiographical.

This isn’t a novel that someone can read without taking in the fact that these issues are real issues. Suicide, while not a confortable topic, is one that’s very important to discuss. Sadly, the suicide rates in Canada keep rising among teenagers and young adults. Educating high school students about such a topic is important because – if it hasn’t already – suicide will start becoming a visible part of the world around them, whether on the news, radio, or otherwise.

Additionally, the range of social problems that The Bell Jar covers is very large. There is a very high chance that by the time a student would reach Secondary 5, they would be able to relate to Esther’s struggles or at least know someone who does. I felt like this book came at a very good time for me, and that it would’ve probably gone right over my head at a younger age, and maybe have even had the opposite effect.

The novel doesn’t hold back on its intensity either. Since the protagonist is a reflection of the author, Esther and her feelings are very human. It’s not like she gets bad news one chapter and the next she’s depressed. Things build up slowly. Esther got food poisoning, she got assaulted, she got rejected by the school she wanted to attend after years of being a good student, she was in a bad relationship, she got the very unethical treatment of shock therapy, and the list goes on. Everything builds up slowly to the point where she suddenly can only think of committing suicide. It’s seamless and it feels very realistic. That’s why those chapters are so unnerving. Those kinds of thoughts are very disturbing and when reading a book with a narrative style like this, it’s almost like you’re in the narrator’s shoes.

To sum up, I think that The Bell Jar should be taught in Secondary 5 classes, or be an anchor novel for student summer reading, due to the lessons that it teaches.

As a child, my grandmother had escaped the grasp of Nazi claws and was fending for her 3-yeard-old self in occupied Hungary. Years later, in Montreal, I begged my nagymama to recount her stories of the war, yearning to understand and appreciate the strength it took for her to not only survive the situation, but also be able to describe it to me so calmly. I’ve yet to reach her level of resilience, and I doubt I ever will, but her storytelling continues to inspire me.

Holocaust survivors carry a vitality unknown to most, and I will never tire of learning new perspectives of the war.

In Grade 9, my English teacher introduced Night by Elie Weisel as our reading unit. I was thrilled; I had spent much of my childhood collecting my grandmother’s narratives from the Holocaust. Yet Night, an autobiography following the life of a Hungarian teenager’s existence and suffering throughout the war, was still able to astound me. Accompanying our reading were detailed lessons of the time period, which gave me, for the first time in my high school career, proper insight into the depths of society in which anti-semitism crept. Night gave my English class an added level of importance. I understood that I could give my grandmother’s experiences renewed life by recounting them to my peers and using them to educate.

Nagymama’s hardships, much like Wiesel’s, could extend beyond the trauma she had endured.

The book itself is short, less than 200 pages, but its content is daunting. Throughout the story, Wiesel analyzes his reality and examines how it crumbled, physically and philosophically, under the Nazi regime. He expresses his rescinding of God and religion, aspects that had once shaped his conscience. His relationship with his father, deteriorating when they needed each other most, illustrates the burden of loyalty and the impact that character has on the self. Night is poetic, providing a symbolic reflection of survival during the Holocaust. There is life within the victims, and Wiesel highlights this humanity. In short, Night redirected my perception of a topic I had been well acquainted with. I now have an even greater admiration for my grandmother and those who endured the war, whether having survived peacefully or not. This book, more than anything I’ve ever known, profoundly epitomizes life and its myriad of horrors.