Home » RE-MEMORIES* OF READING: For my granddaughter, Juliette

RE-MEMORIES* OF READING: For my granddaughter, Juliette 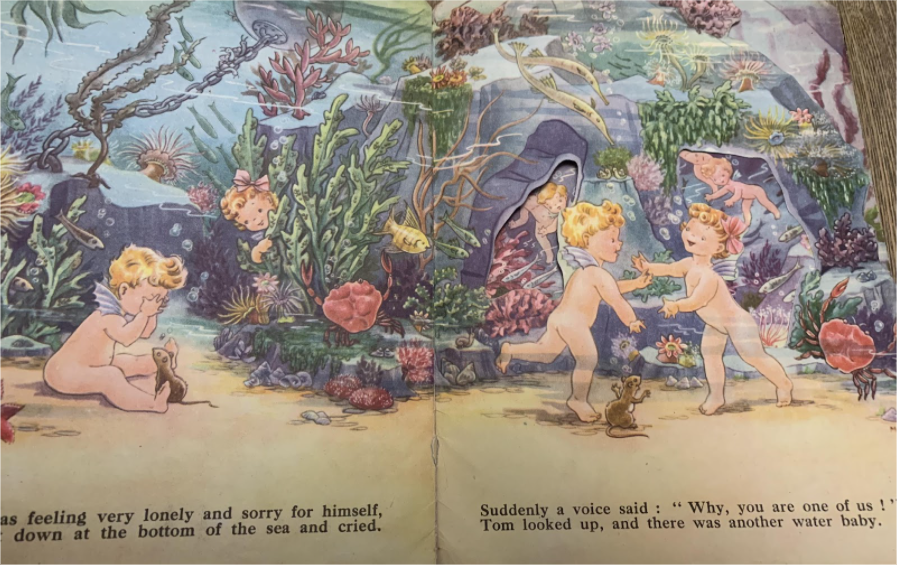 Several years ago, my elementary ELA team and I were touring the province and working with teachers on a number of different themes. During a team planning session we came up with the idea of introducing our session on reading by writing our own earliest memories of reading and sharing these with the teachers in our provincial sessions.

We wrote our re-memories and they were, of course, each very different and hugely interesting in so many respects. We spoke at length of the importance an exercise like this might have for teachers at any level, simply because these reflections open up so much rich material to guide a pedagogy of reading. On the road, teachers we met loved this activity, the sharing it engendered and, by extension, the insights they gained as teachers of reading.

This is my re-memory, and the impact it had on me as a reader and a literate woman, just as I wrote it at the time. However, I have added a few other book titles that I subsequently collected — a result of the experience of repatriating my earliest reading experiences.

{* “Re-memory”: Toni Morrison uses the word “rememory” to mean the act of remembering a memory. This rememory is when a memory is revisited, whether physically or mentally. Yet the word is not a verb but a noun. It is

an actual thing, person or a place that takes on the existence of a

noun. The term is used in this sense in my text. The spelling is my own. }

I can’t say that I was always aware of precisely where my love and respect for reading and for books began. Put another way, I had vivid memories of reading with the adults in my family and could always report my earliest story favourites, but I tended to think about these memories as part of my personal autobiography rather than as the beginnings of a literate life. The fact that both were true was made clear to me when my mother offered me a number of “old books,” as she called them, including a series of books called “The BOOKHOUSE.”

These old books had been in our family as long as I could remember . Mum explained that when she was small, her mother had started reading her stories about a little girl who was always getting into trouble and who, when found out, would “bawl her eyes out.” Mum went on to say that she despised this character for being “such a big baby” and her dislike subsequently reached a zenith where she flatly refused to hear any more from the weepy protagonist. My grandmother began to scout around for other storybooks and discovered that a woman in the small town where they lived was selling “The BOOKHOUSE ” series.

The books were subsequently bought for $150.00 – an absolute fortune in the 1920’s. Angry as my poor grandfather was about his wife’s purchase, in my mother’s reading history “… it was ‘The BOOKHOUSE ’that made me start reading.” She added that the books in the series were promoted as a “walk up the stairs” and that, as a child, she loved the idea of “walking up” from one book to another. My mother included “The BOOKHOUSE” books among her most prized possessions in a life that spanned 94 years. As a senior, they resonated unequivocally,  as when they had first appeared on the landscape of her child-life as a dazzling compendium of stories, tales and verse.

I took the books home and arranged them on a bookcase. A few months later, I pulled the first in “The BOOKHOUSE” series down. Opening the green leather cover, I stared down at the scene depicted on the endpapers. They showed a winding road that led up and up, to the gates of a castle. My fingers automatically began to follow the contours of the road and, as I traced the steps to the castle door, I was pulled back in time. As a very young child, this ritual had been the first in the whole, delicious experience of being read to from “The BOOKHOUSE” books – whether parent or grandparent was to be the designated reader, they had to wait while I walked my fingers up to the castle door. Only then could the selection and reading of a piece begin. Until the moment I opened the first volume of “The BOOKHOUSE” series, I had no recollection of this childhood ritual.

Holding the old book tenderly, the woman I am began to turn the pages, stopping at stories and drawings that my child-self of three or four instantly recognized as treasured familiars. That little girl was completely present in me, as were my grandparents and my young parents. I heard their voices, inhaled their scent and re-lived how we would sit, always touching, when they read to me.

The experience I had that day still makes me pause.

For one thing, in the memory of my fingers as they automatically began the climb to the castle gates, I saw how powerfully our early reading experiences shape our understanding about the world of story and of books in general. I realized that even from my infant years there were important rituals that accompanied my entry into reading, just as there was the important association of reading with closeness, love and, of course, delight. Too, there was my new-found knowledge that “The BOOKHOUSE” books had been loved by a mother and a daughter as part of a shared, family narrative.

Since this experience, I have learned to sharpen my radar to pick up other fragments of my own reading history. In particular, each time that I come into contact with a book that I loved as a child or youth, I am washed over by re-memories that have remained caught in time and, prompted by a familiar image or title, appear to me again refreshed and renewed.

For example, another of the books pictured here, entitled “Four Little Kittens”, by Harry Whittier Frees, eschewed the re-memory of how one or two of the pictures inside the book inspired a real-time enactment: I set up a store in my grandparents’ house, just as the kittens had done. Too, I remember pestering Gramma and Mum to teach me how to roll dough out, another activity depicted in the book.

Now that I have become my own “memory detective,” there are many more of such re-memories that I have taken from the nursery and re-situated in my adult life, as part of a conscious and living personal history of literacy. So profound was the impact of writing out these first reading memories that I decided to see if I could locate other much-loved books from my childhood; without them, I felt somehow incomplete.

Here are a few other books that it actually took me ages to find, but which now sit proudly in my library:  a) “THE WATER BABIES, “a cut-out scalloped-edged” book that I adored as a little girl. It is an abbreviated version of Kingsley, arranged and illustrated by Molly B. Thomson, published by Collins in the 1950’s. I really loved the cut-out windows, possibly because they fired the imagination, which often happens when we are delighted by something;  b) “365 BEDTIME STORIES.” There were many editions of this book. I can still trace which stories I loved to hear and how I enacted some of them in play; c) Walt Disney’s “LADY.” This was one of the first movies I saw and I loved this little book, especially the page of Lady in her raincoat; d) “PEANUT” by Ruth & Latrobe Carroll was a book in my Grade Two classroom library that I remember in such detail that it surprises me. Peanut was a tiny dog who lived in a flower pot and that was my favourite drawing in the story.  I remember sitting for long minutes contemplating this illustration. It stirred my imagination. I coveted this book, reading and rereading it throughout the year. (In the 1950s, many teachers in my elementary school had classroom libraries and in the early grades, you were invited to choose a book yourself if you had reached a certain reading level in the “Sally, Dick & Jane” readers.)