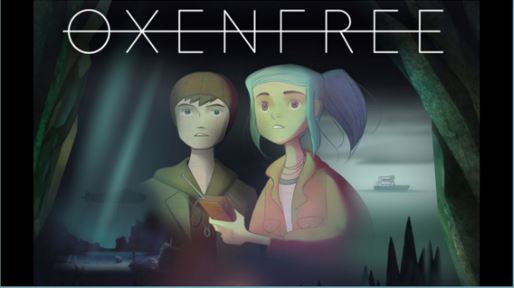 The gamesRlit team – a group of international educator-researchers interested in defining and critically exploring the emerging genre of young adult (YA) video games – has exciting news for English Language Arts educators: we will soon be releasing a website that documents and analyzes a collection of YA games, as well as describes their potential usage in the classroom (for more details on the project, jump to Emily’s “gamesRlit” article in this special edition).

As a writer and video walkthrough developer on the project, this research took me on an odyssey that brought me face-to-face with the self-confidence-destroying horrors of video editing software, and changed my perspective on education with every game that I completed. At the project’s inception, I attempted to verify my team’s hypothesis: a genre of video games has emerged which features YA protagonists and tells stories that represent the adolescent experience in unique ways due to each game’s ludology (gameplay mechanics). I can say that after hundreds of hours spent researching, playing, and creating content, the answer to this hypothesis is a resounding yes. Although games which earnestly engage with adolescent-related issues are still few in number, when compared to more popular genres the games that do exist tell strong stories and the prospects for growth of the genre loom large.

The very first game that I played through and studied, Oxenfree (2016), possessed an aesthetic calibration that I would come to recognize later as part of a trend. Although arguably a horror game, warm, pastel colours characterize Oxenfree’s visual art, and the game’s music is a melancholic, synthwave meander that evokes neo-noir undertones. These moody yet soothing qualities appear again and again in the games that I discovered as I branched away from Oxenfree, and they stood in stark contrast to the bombastic, dopamine-fuelled shooting or sports titles that many of my students who identify as hardcore gamers play in their spare time.

Indeed, the games that I have played and researched stand out because they appeal to adolescents whose tastes lie beyond the mass market appeal of conventional games intended for adrenaline junkies. Instead, these more story/narrative-focused games appear to be written for adolescents searching for deeper, more existential content. While the genre seems niche for now, it carries the capacity to reach a previously uninterested demographic. The developers of these games clearly appear to understand this: out of the nine games that I have produced videos for so far, eight feature female protagonists and one gives players the option to choose their gender. Many of the titles navigated feature adolescents who face complex circumstances, such as the death of family members, LGBTQ+-realted issues, mental illness, or political and economic oppression. Most importantly, all of the games explicitly or indirectly address the question of what it means to live well.

Perhaps unsurprisingly, my perspective on valued classroom texts shifted after I taught using a video game for the first time. My fear that introducing a video game into a high school classroom might unsettle the class proved, if anything, underestimated. I discuss this experience in further depth in my other article for this special edition, “Never Alone on the Animal Farm: Teaching Video Games in an ELA Classroom”. My experience reinforced my belief that games suitable for the classroom must also possess practical advantages beyond their literary value, such as length (the shorter the better), engagement for all students whenever possible, and accessibility issues such as ensuring that watchable playthroughs are available online for physically absent students.

Around this time, discussions within our team also concluded that although M-rated games such as Senua’s Sacrifice had wonderful artistic and narrative merit, they were simply too violent to propose introducing into a classroom, and that extended combat sequences would waste time better spent on other activities. I found myself disheartened at this point in the project, as I came to realize that a number of the games I had researched were excellent YA stories, but may never be used to their full potential in an English Language Arts classroom due to practical limitations or content advisory issues.

I got over my disappointment by reminding myself that not all learning takes place inside the classroom. Many of these games will have an impact on school-age children who play them at home, and will undoubtedly influence how they view their own adolescence. Even though not all of the games in this genre may be easily integrated into formal learning environments, I take comfort in knowing that such works exist for curious teenagers who want to explore the complex existential questions of youth through digital mediums. Even more reassuring is the knowledge that a number of games do exist which unreservedly fit the criteria for successful integration into ELA classrooms, and that this number is only likely to grow over time.